Litigation in State and Federal Courts

Deeds v. State of Georgia Department of Revenue 1:97-CV-2967 (N.D. Ga. 1997)Action under ADA for reinstatement and recovery of back wages, and compensatory damages for unlawful termination.

Kyle K. v. State Board of Education of the State of Georgia et al., 22 IDELR 37 (N.D.Ga 1995)(court denied State defendant’s motion to dismiss and for summary judgment on grounds of SEA’s responsibility under IDEA).

Mandy S. by Sandy F. v. Fulton County School District , 31 IDELR 79 (N.D.Ga 1999)(district court determined Georgia’s two-year statute of limitations for personal injury should apply to requests for due process hearings under the IDEA. The statute of limitations begins to run when then the parent knew or should have known of the injury giving rise to the claim, whether or not the parent knew that the injury was actionable). 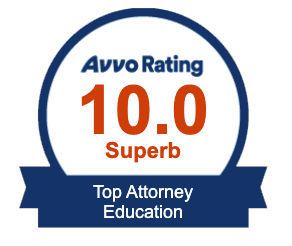